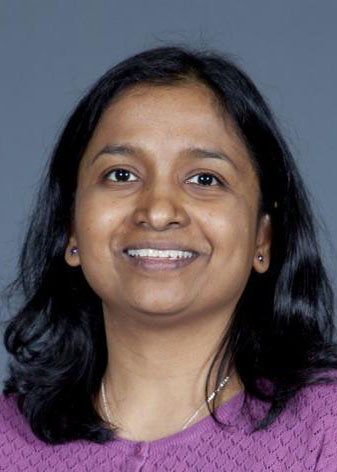 Jayashree (Jay) Hurlburt holds a B.Sc. degree in Mathematics from the University of Madras, India and an M.S. in Mathematics from Kansas State University. She also did some post-graduate work at the University of Missouri-Columbia. She has been teaching at Corning Community College since 2000. Jay has been active within the college community with math-related activities like Pi-day, Math Awareness Week and the High School Math Contest. She also served as the head coach for Corning Painted Post Middle School Math Counts team for 6 years.

Her favorite class to teach is one in which students are motivated and hard-working. She would like all of her students to see that math is not a subject to fear but rather a very enjoyable and useful field of study.

Her main personal interest is being involved in anything her three children are engaged in. In her spare time, Jay loves to read, garden, travel, run and attend musical and theatrical performances.