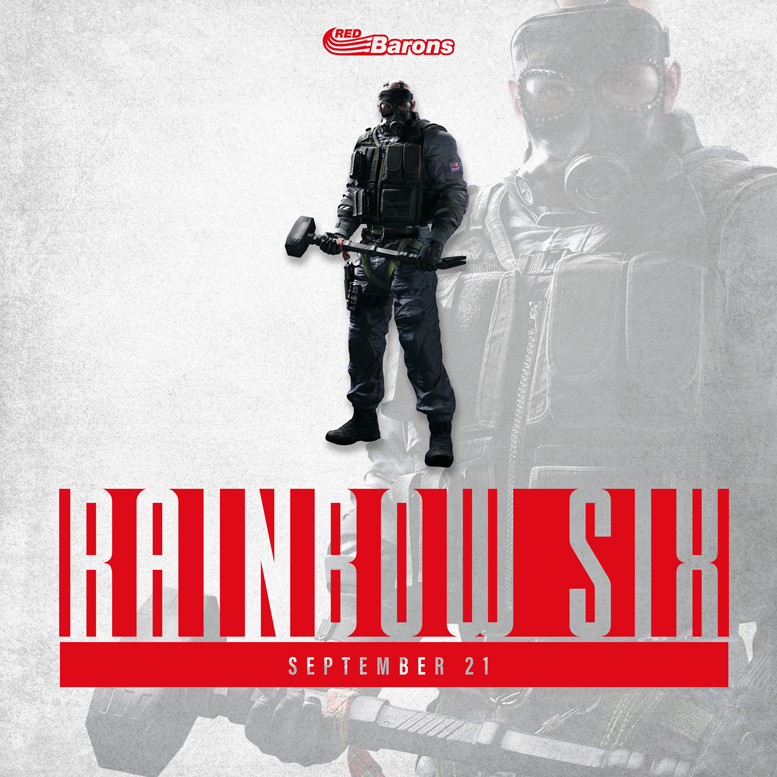 The SUNY Corning Community College eSports team competed in its inaugural match-up against Johnston Community College (Smithfield, NC), on September 21, 2021. SUNY CCC went on to win the best-2-of-3 competition in Tom Clancy’s Rainbow 6 Siege, by besting JCC 7-1, 7-1 to roll to a sweep in its historic victory.

SUNY CCC eSports was founded in Summer 2020 (but delayed to 2021 due to COVID), with SUNY CCC alum and Assistant Admissions Director, Caleb McGuire, at its helm as coach. McGuire’s brother, Joshua McGuire, serves as Assistant Coach, with Isaac Bushey as Athletics Director, and Fine Arts Professor Fred Herbst, as Strategy Coach.

“The team was assembled by recruiting current SUNY CCC students, surveying everyone interested, then creating focus groups, who then picked the games to compete in,” explains Coach Caleb McGuire.

The team consists of 25 players and are divided into game-specific teams or individuals. The Rainbow 6 team consisted of five players pitted against the same number at JCC.

The Competition is Fierce

Race Walsemann, an IT major from Lowville, NY and Rainbow 6 competitor, describes the competition, “We were all nervous at first, having only practiced three times; we know the stats of the other players, and after the first round, we just kept rolling; communication went very well; it was a good team effort.”

The Rainbow 6 team — Keefe Ehrenberg, Race Walsemann, Dakota Keister, Sammy Jewers, Jason Reisinger, Chris Rice, Jason Buchanan — all played from their respective homes, but the College has installed 19 Alienware computers on campus for the team to play from in future competitions.

To learn more about SUNY Corning Community College, eSports, or any of the College’s Academic and Athletics programs, call 607-962-9151