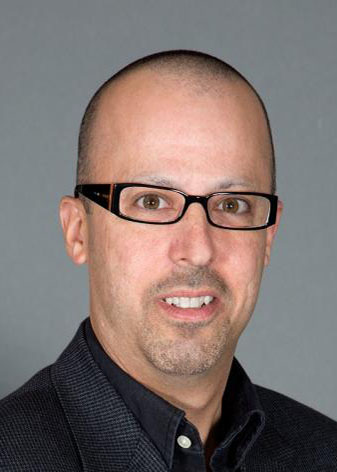 Dr. Gregg D. Caruso is Associate Professor of Philosophy at CCC and Editor-in-Chief of Science, Religion and Culture (a peer-reviewed scholarly Journal). He received his B.A. in Philosophy from William Paterson University and his M.Phil and Ph.D. in Philosophy from the City University of New York, Graduate Center. He is the author of Free Will and Consciousness: A Determinist Account of the Illusion of Free Will (2012) and the editor of Exploring the Illusion of Free Will and Moral Responsibility (2013), Science and Religion: 5 Questions (2014), and Neuroexistentialism: Meaning, Morals, and Purpose in the Age of Neuroscience (forthcoming). In 2012 he was awarded the Regional Board of Trustees Excellence in Teaching Award.

Dr. Caruso's research interests include philosophy of mind, cognitive science, and metaphysics, with a particular interest in consciousness and free will. His most recent work focuses on the problem of free will and the phenomenology of freedom. In particular, he argues that our subjective feeling of freedom, as reflected in the first-person phenomenology of agentive experience, is an illusion created by certain aspects of our consciousness. His broader work engages issues at the intersection of the behavioral, cognitive, and neurosciences. He is especially interested in theoretical accounts of consciousness and what recent developments in the behavioral, cognitive, and neurosciences can tell us about human agency and free will. He is also interested in exploring the implications of free will skepticism for ourselves, society, morality, meaning, and the law. In particular, he is an optimistic skeptic maintaining that, not only can we preserve meaning, morals, and purpose without belief in free will and desert-based moral responsibility, but that we would be better off without such beliefs. Dr. Caruso's other interests include science and religion, ethics, social and political philosophy, and issues related to moral responsibility.

Additional activities: President of Southwestern Philosophical Society (SWPS), contributor to the blog Flickers of Freedom, Assessing Editor for The Journal of Mind and Behavior, Editorial Advisory Board for Southwest Philosophy Review, member of the Justice Without Retribution Network, and TEDx speaker.

As a dedicated teacher and trained philosopher, Dr. Gregg D. Caruso believes teaching philosophy is simple; He strives each and every day to engage, challenge, and inspire active learning and personal growth in his students. Dr. Caruso's personal motto, which he repeatedly tell his students, is that “It is not my job to tell you WHAT to think, rather it is to get you TO think.” The primary goal of philosophy, a goal that he is passionately committed to, is to provide students with the skills necessary to analyze and think critically about life’s most important issues. Dr. Caruso strongly believes that education is the solution to many social problems, and that the critical thinking skills involved in philosophy are general skills that will benefit students in every facet of daily life. This is why he wakes up each morning with one goal in mind; to facilitate learning, and to provide students with the tools necessary to make informed decisions, synthesize ideas, critically evaluate issues, and live meaningful and productive lives.